Pups are 6 weeks old now and they've changed so much during this last week.  Certainly more mobile and steady on their feet and can run at supersonic speed without falling over but stopping is sometimes a problem haha.

They've managed to get outside several times between the rain showers and are really loving it.  They've had a munch on their first bones and didn't need any encouragement at all !!  By far the best fun they have is trying to terrorise the other dogs which they are a dab hand at bless 'em.  Beanz has gone past the stage of playing with them as they're now bigger than her so she retreats to higher ground when they're out i.e. back of the sofa :o)  Dixie is totally oblivious to what they're doing as all she's interested in is hoovering the floor sniffing for any stray crumb of food that might be left from the pups dinner.  Fancy loves them to bits and her favourite game is laying on the sofa with her feet dangling over the edge and when the pups try to get them she bonks them on the head, just like that old funfair game when the heads pop up and you have to hit them with a rubber hammer - hilarious to watch !!  Cenzo just stands like a statue and only his eyes move because he's scared of them and Dove won't even come indoors if they're all out but is quite happy to play with just a couple of them.

Well heres a few pictures of the little darlings doing what they do best :o) 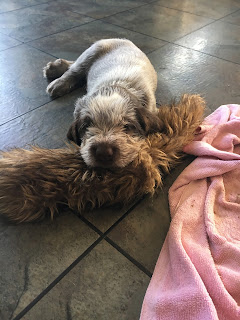 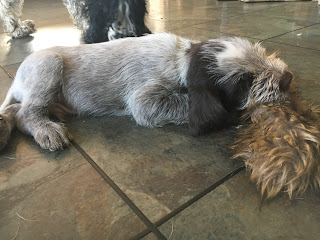 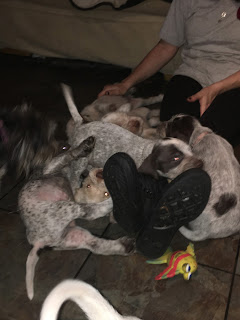 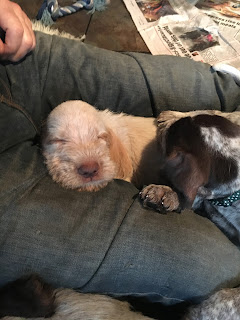 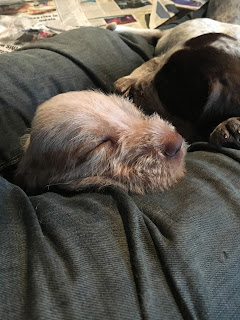 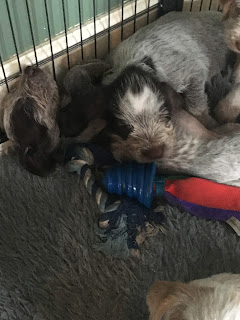 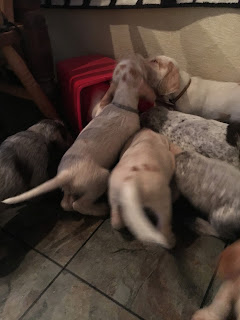 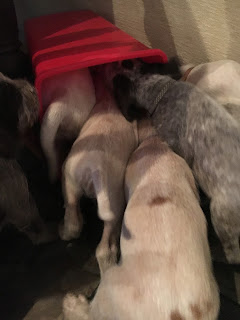 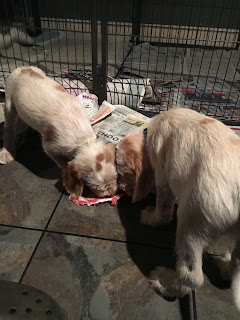 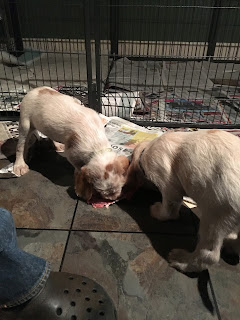 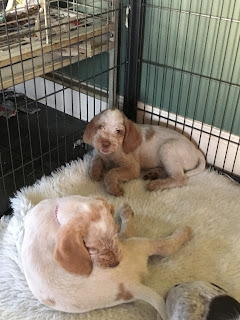 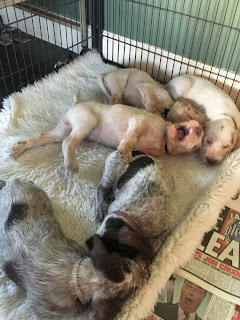 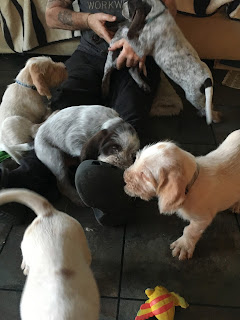 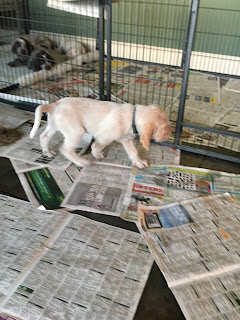 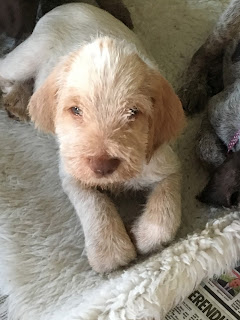 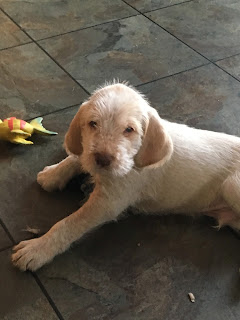 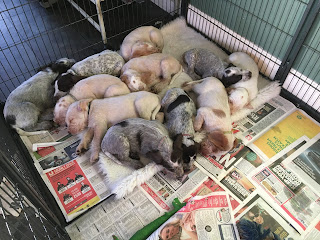 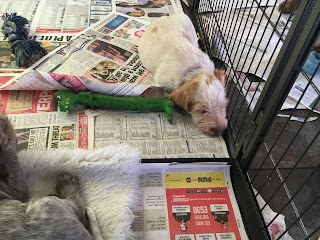 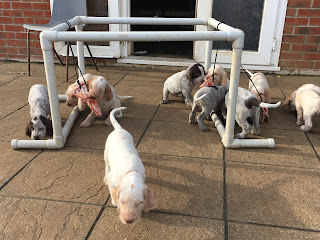 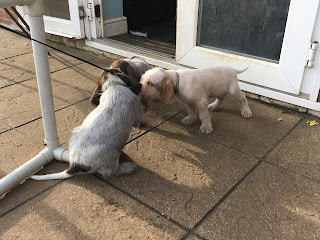 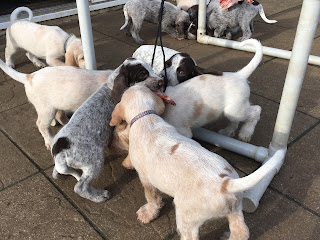 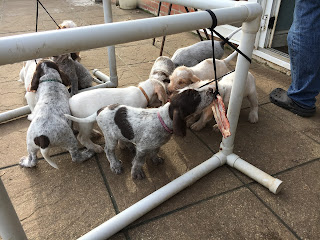 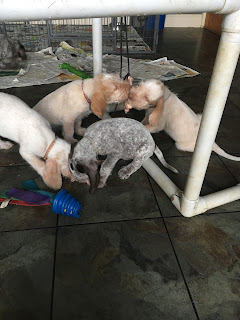