For all you Beanie fans out there :o) 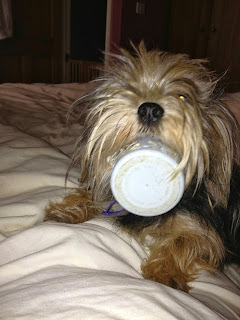 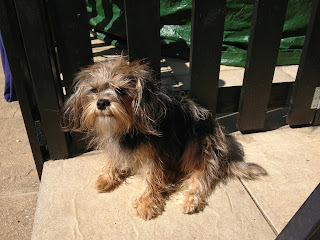 On Saturday Reba's puppies arrived safe and sound.   The first one was born at 2 a.m. and the last one at 1.30 p.m.   It all happened quite quickly and without a hitch, Reba was so good and is now just loving her babies.   The grand total was 3 girls and 5 boys all white & orange/orange roan of course.
They are real little cuties and I'm looking forward to watching them grow and blossom into little hooligans ready to take over their new families :o)

I will be putting pictures on regularly for everyone and here are the first few to get started.  These pics were taken the evening of their birth so are still a bit 'mucky' :o) 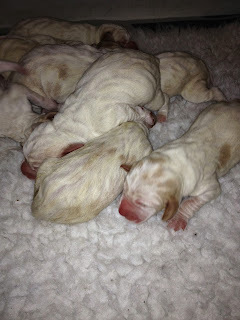 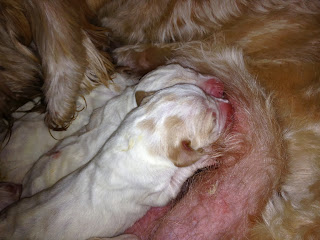 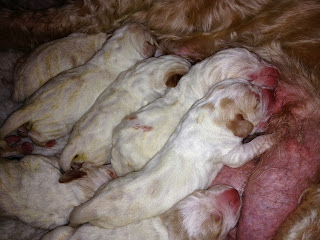 I've had some lovely pictures of Maisie, one of the girlsfrom Ebenes recent litter.  As you can see she loves the water!! 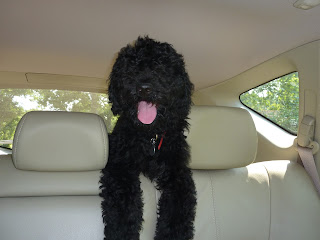 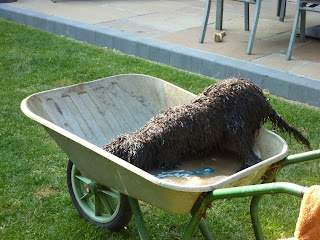 Catch Up and Birthday Weekend

Its been a while since I've done an update on here and to be honest its been a hectic few weeks and won't bore you with everything thats happened so heres a quick recap in a nutshell :o)

After the game fair Claude took his TAN Test he passed - a couple of weeks after another TAN Test was done with several other Barbet and I'm pleased to say they all passed with flying colours as well. I took Blossom for fun and to see if she would actually do it and to my amazement she did!!  She did a perfect water retrieve which was pretty good considering it was the first time she'd tried.  Anyway huge well done to all the Barbets that did such a cracking test. 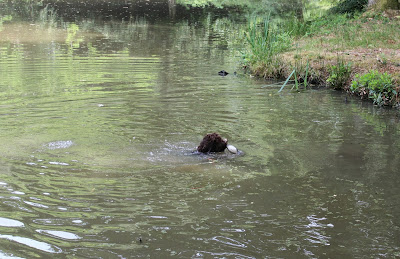 The next step for him is to go to France early next month along with Hallie and Martha for them all to be "confirmed" at the French Championship Show.  Really looking forward to a fun weekend with Karen, Wendy and Julian and the dogs of course.  I will be going dog less as with a litter of pups here I don't want to take the chance of bringing any illness back to them via my dog.  Easy for me to have a complete change of clothes in the shed and jump in the dogs shower before I go indoors - the things we do eh??

I had a FAB birthday last weekend which I managed to stretch over 3 days starting with Karen travelling down to stay here on the Friday so lots of tea was drunk to keep our throats lubricated so we could keep talking till late :o)  The next morning we packed Angel, Cenzo and Blossom into the car and went off to West Wittering Beach for a Spinone Walk and get together.  We all had a really fabulous time with around 15 other Spinone (mostly entire males) along with their owners.  All behaved impeccably and we were all stopped several times by other dog walkers wanting to know what the breed was and they were all amazed by how well they all got on together.
After the long walk we all had lunch in the local pub which I must say was VERY nice I must say :o)
Although several of the dogs came in too I decided to put mine in the car as I was so hungry I didn't want to share :o)

Blossom was there I promise but was far too busy to have her pic taken :o)  Thanks to Karen for all the lovely pictures she took of all of them with her super dooper camera.

Karen and I spent most of the evening getting Blossom bathed, brushed and tidied up as she was off to her first show the next morning.

Sunday morning seemed to come round quickly and it was time to head off to Portsmouth & Southsea Open Show with Blossom looking spic and span (not a look she's usually got) and to meet a few other friends.  Sunday was my actual birthday so before leaving I opened cards and prezzies - i was very spoilt this year and received some really lovely gifts including this cake that my friend Lynne kindly had made for me.

I had another really lovely day at the show and the icing on the cake (pardon the pun) was that Blossom did very well, gaining Best Puppy in Breed and Gundog Puppy Group 3.  Great first outing and she did actually behave herself 'most' of the time !! 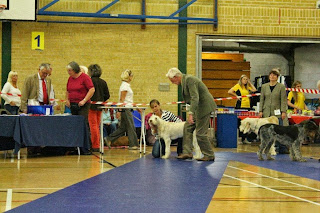 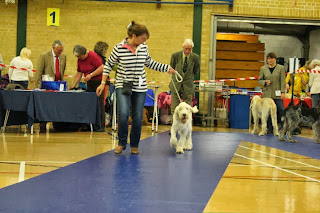 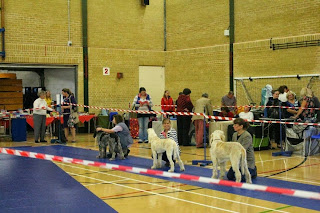 We got home after a long day and was greeted by my daughter Lisa and Grand daughter Ellie with ANOTHER cake !!  They had made it themselves and I couldn't believe how good it was for their first time baking.
Karen headed out at about 6 pm on the long drive back to Wales after a quick KFC, we were both too tired to cook or go out for dinner :o) 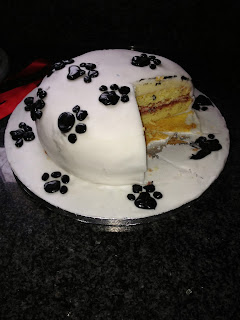 As I said before, I was very spoilt by everyone and had one of the best weekends that I can remember in a long time.  Thanks everyone that made it special xxxx