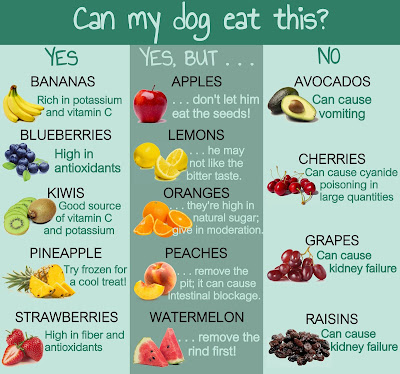 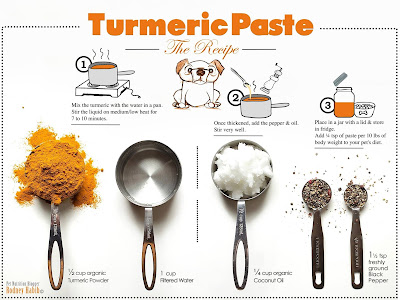 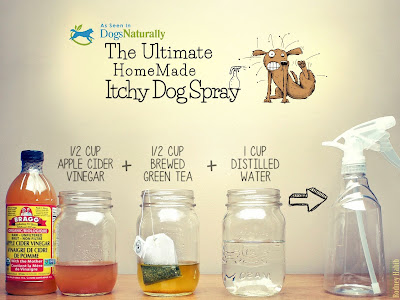 I've never given these rawhide chews to my dogs but here is a good explanation why you shouldn't for people that may be tempted to. 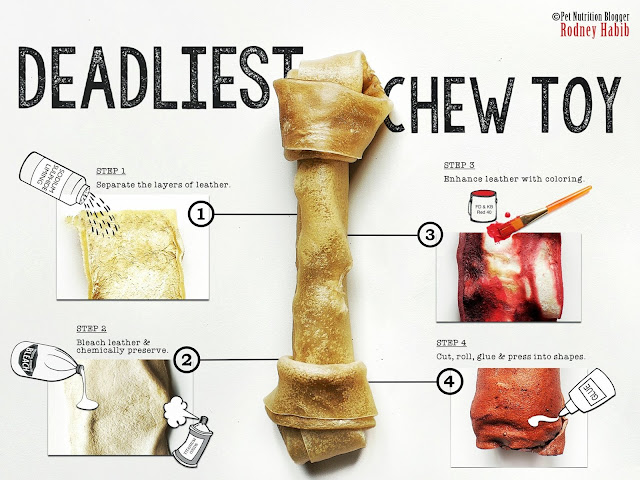 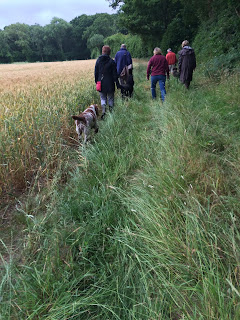 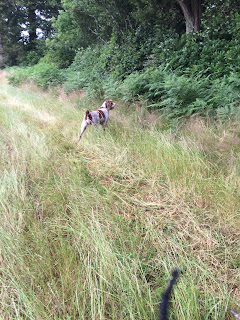 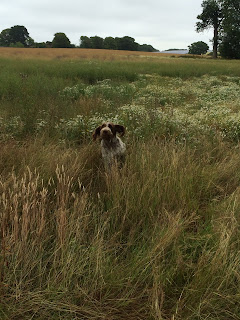 The Barbet Club of GB organised a Gundog/Water training day and I joined them with Italia (honorary Barbet) for a fun filled and informative day.  Everyone learned loads from Mick (Corunna Gundogs) and all of us came away from it achieving something with our dogs.  Cant wait for the next one :o) 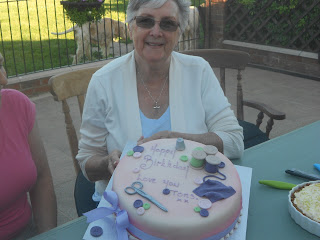 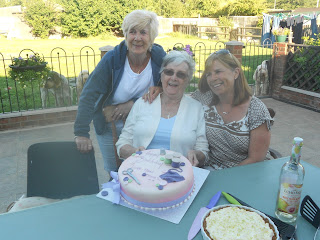 I havn't seen my Mum for about 5 years so it was lovely to have her visit here for 3 weeks from San Antonio, Texas (luckily she likes dogs) and we were praying for good weather as the last couple of times she's come back to UK its was so awful she went back with bronchitis :o(    I'm happy to say that we couldn't have asked for better, the sun shone nearly everyday and we were able to get out and about and do fun things.

It was her 77th Birthday whilst she was here so we had a great day doing a BBQ with a few friends and family. 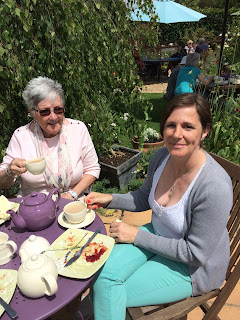 Had a delicious cream tea at the Lavender Farm, New Forest -  Mum and Daughter Lisa

Oh well as usual its been hectic here over the last couple of months and I haven't 'blogged' for ages so here it goes with a quick update :o)

Ellie and I along with Italia and Cenzo went on a road trip to Cornwall to join lots of other Spinone owners for a fun filled camping weekend - sadly it rained most of the time but we still had a laugh and the dogs got to go out on some good runs.  We met Karen (from Wales remember) who brought Freya (Spinone) and Anouk (Barbet).  It was the first time I put up my new super duper pump up tent and surprisingly it went up without too much trouble but I have to admit we had some help from two fellow campers - thanks a million guys :o) 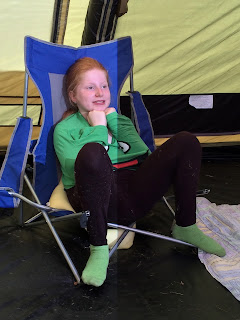 Very sadly while we were away our close friend George (he's been talked about before on here) was knocked off his motor cycle by 2 young lads and was seriously hurt - to cut a very long story short the outcome of this is that he had to have his leg amputated just below the knee and has now started the long process of rehabilitation.  Thankfully he's doing amazing well and its all because of the incredibly positive attitude he has.  At one stage just before his amputation his wife Lynne thought he could do with a bit of a boost so we took Angel (remember Uncle George is her most favourite person in the world) into Salisbury Hospital for a surprise visit :o)  Angels usual trick when she sees him is to jump up onto his lap and gently holds his nose but she was soooo gentle with him when she saw him and just sat by his side gazing at him - it was a lovely moment and theres was several 'lumps in the throat'. 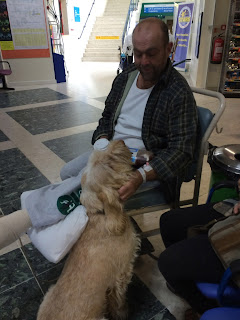 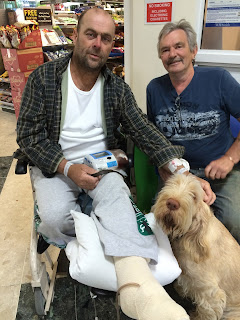 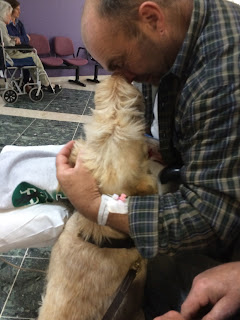 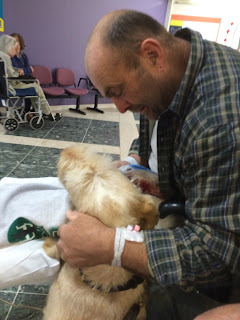 Theres nothing like Spinone cuddles to cheer you up :o)